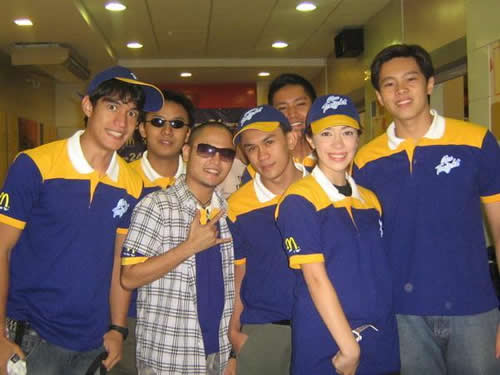 As some of you might know, McDonald’s Philippines launched the Mac Tonight Mad Dash Event last July 24 in line with their 24 hour marketing campaign. Luckily, me and my classmate, Ralph, got to join the awesome event. Hotel accommodations, airplane fare and food were all sponsored by McDonalds. Not to mention our allowance. It was great.

July 21, 2007
I got a call on my cellphone saying we were the contestants for the said event representing Cebu and our plane was already reserved the next day. It was both shocking and surprising. I called my classmate Ralph and prepared everything we needed for the trip.

July 22, 2007
We finally arrived Ninoy Aquino International Airport and thus our awesome experience began. We took the taxi to Great Eastern Hotel in Makati City where we were reserved by Mam Riclets, the person in charge for our trip. It has been years since we last visited manila so we were not familiar with the roads and places.

Since we took the early flight, we got to the hotel earlier than the reserved time and we got to do some sight-seeing. Cool! We went to Greenbelt and just enjoyed our first day.

Afternoon came and we were required to meet up at the hotel at 4pm sharp. When we met up at the hotel, the room was full of people we didn’t know. They were the other teams, it was very intimidating at first since they were all strangers to us. They took us to a Tower in Makati City for the registrations of the finalists and also for medical check-up, so as to make sure that everyone of us are physically fit to join the race. Pictorials for the event was also done. The registration and medical took time because there were 24 teams with 2 persons each.

In the evening, we had dinner and the press con of the Mac Tonight Mad Dash began. It was spearheaded by the Extra Challenge superstar Paolo Bediones himself. The details of the race, rules and guidelines were thoroughly discussed. Some of the country’s big name celebrities were also present like Tim Yap and Aubrey Miles. Pinoy Big Brother Celebrities Saicy and Robert were also present.

July 23, 2007
The main race event was drawing near and we still can’t find our way through the busy streets of Manila. So we decided to simulate the race with our new found friends. We planned our route in the hotel and did some brainstorming. The simulation was very exciting, we traveled to Las Pinas, then to Alabang, next to Guadalupe and reached The Fort. It was both fun and tiresome. We stayed up all night traveling from one place to another. Thank God for 7/11 Stores. 🙂 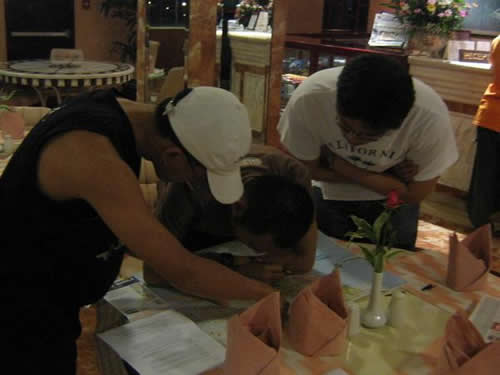 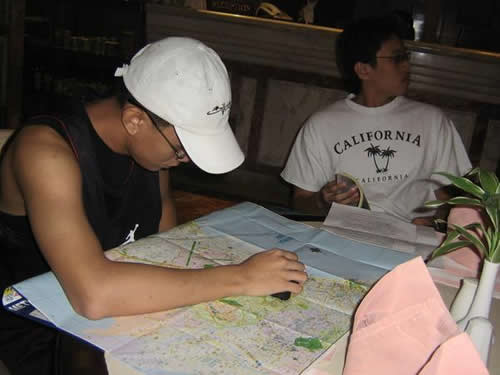 Third (Yes that’s his name) plotting our route on the map.

Goofing around at a McDonald’s branch in Alabang.

Because the official race begins at exactly 12 midnight. We were required to meet up at 6pm sharp at the hotel and ride the bus to the starting place of the race. We met up the hotel excited for the race to begin while some of us were still goofing off. haha 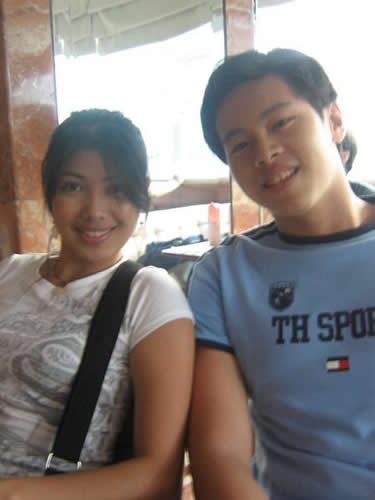 Me with PBB celebrity Saicy at the hotel. 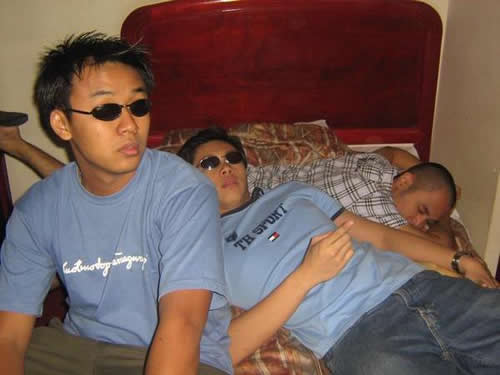 Goofing around at the room while waiting for the bus.

July 24, 2007
The main event! We went to McDonald’s Las Pinas where the starting line of the race was held. We were given official race jerseys, official McDonald’s cap and sponsored Coca-Cola bags to be used for the race. The rules and regulations were also reviewed. We also had the opportunity to get close with the stars. 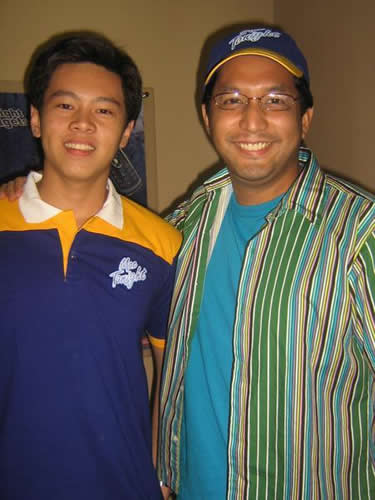 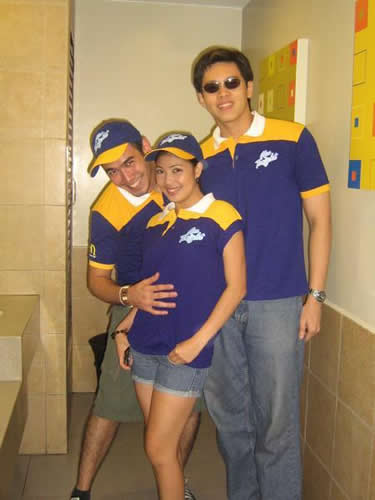 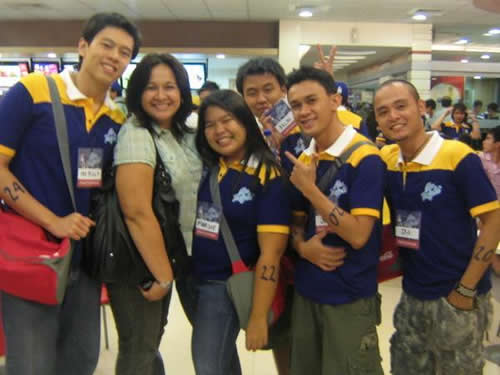 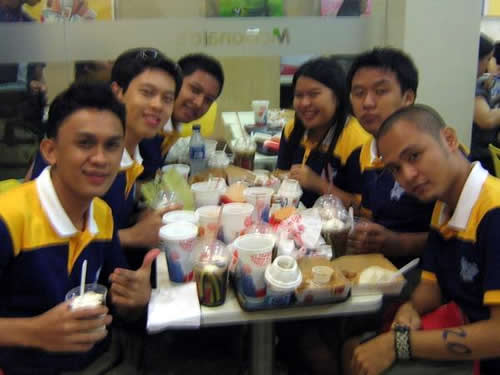 Ralph and Me doing a challenge with Host, Tim Yap. 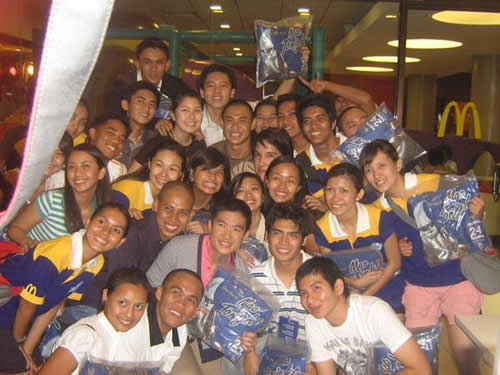 July 25, 2007
The event was over and it was goodbye for most. But actually it was only the beginning for us, the beginning of new friendships. We had a lot of fun and it was really an unforgettable experience. 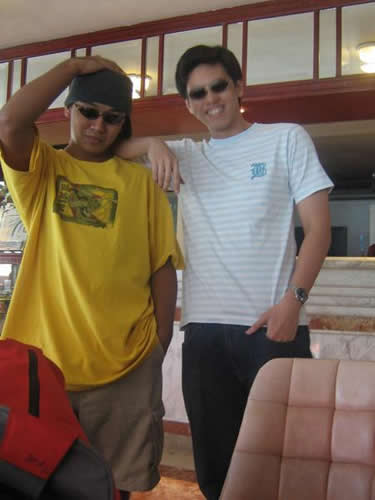 Joking around with my teammate Ralph. 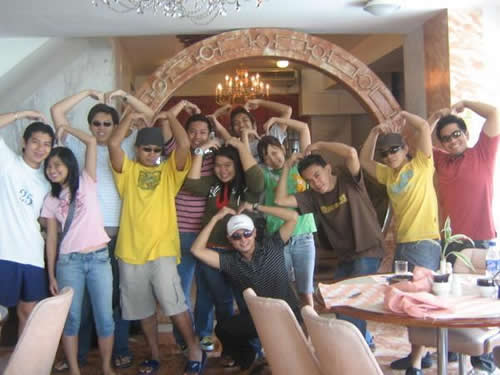 What do you think of the experience? Would you join the contest if ever there was another Mac Tonight Mad Dash next year? One thing’s for sure, our experience could be summed up with three words. “Love ko toh” 🙂