Meeting Adam and Eve the Turtles in Love 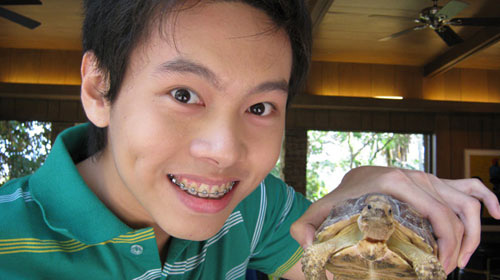 Meet Adam or Eve the turtle! I’m not really sure who is who but I found them really intriguing! And cute! Plus I grew up playing Ninja Turtles in the Family Computer which makes me a big fan of turtles! 😀

We had a shoot in Maria Luisa for a Christmas segment when we met Adam and Eve. Upon visiting one of the houses and seeing them, we thought they were life-size replicas of turtle shells being displayed on the ground. We thought they were pretty awesome until they moved! 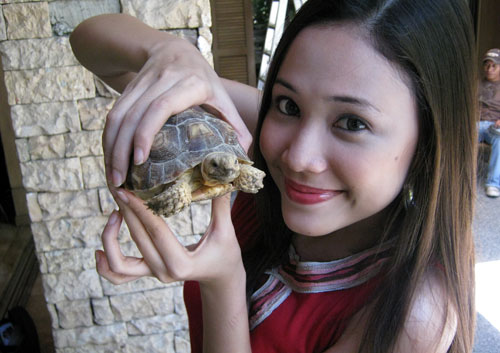 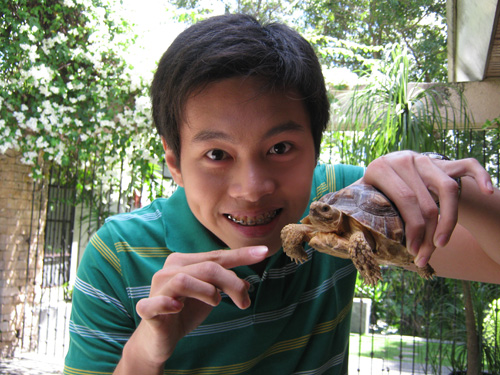 So we met Adam and Eve. They are pretty small if you noticed in the picture but that’s because they’re just a few months old. They were a gift from ABS-CBN’s Kuya Kim Atienza. When they do grow up, they grow really large up to 3-4 feet. Now that’s big! 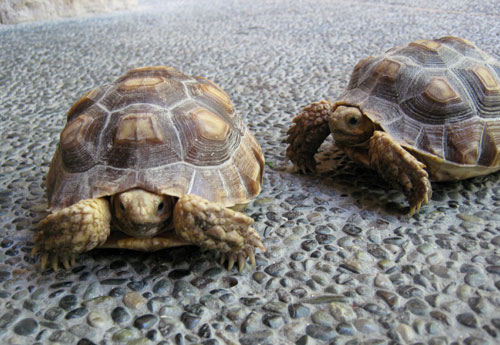 For some reason, I found them really intriguing! And well, just plain entertaining. Haha. 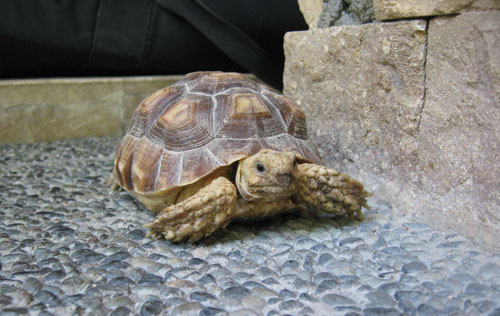 They eat grass and plants according to the care takers. 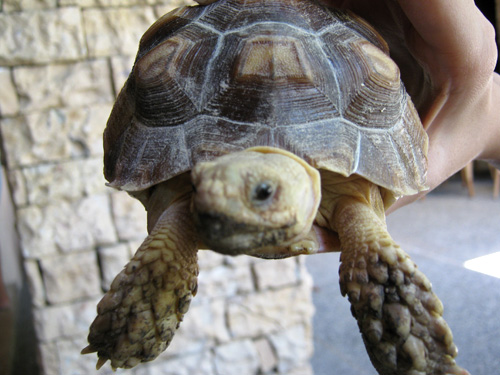 Reminds me of Donatello from Ninja Turtles. hehe. 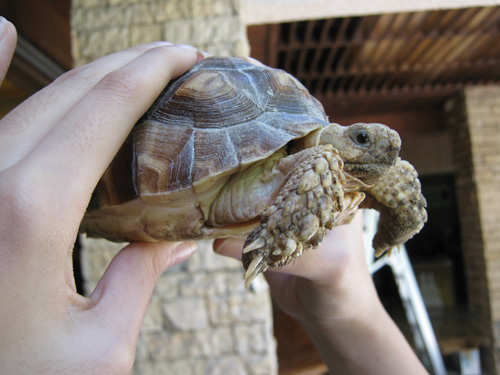 Side shot of Adam. 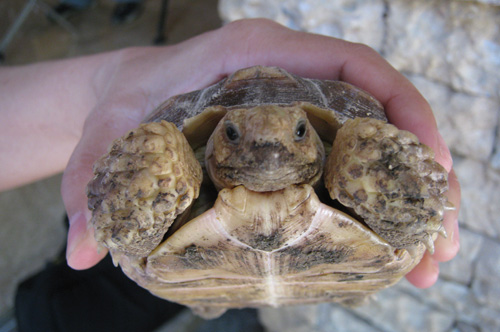 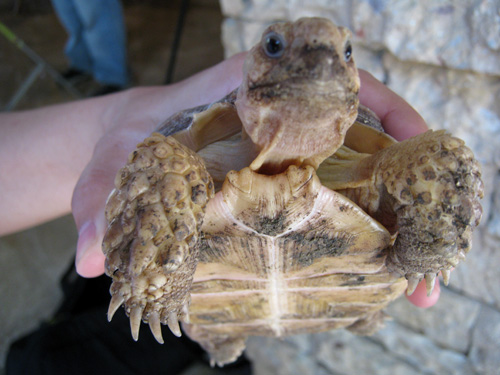 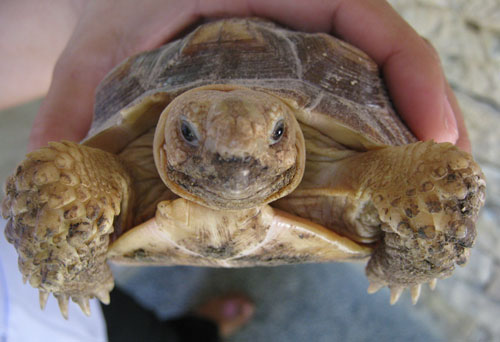 I don’t know. I just find them very interesting! Oh and according to the care takers, you won’t find out the gender until they grow up. So the names Adam and Eve are quite temporary until they find out their real genders.

Honestly, I had a lot of fun playing around with Adam and Eve that day. They were so cute! Do you find them intriguing? Hehe 😀