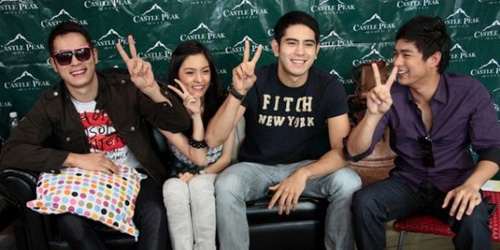 One of the most popular soap of today would definitely be Tayong Dalawa. They have an engaging story full of twists, great action scenes and backed up by a cast of A list actors and actresses. I personally watch this soap and I love it! Which is why I was happy to know that we would be interviewing them. 😀

Coco Martin, Jake Cuenca, Gerald Anderson and Kim Chiu are now household names because of their primetime series Tayong Dalawa. It follows the story of 2 brothers who fell in love with the same woman namely Audrey played by Kim Chiu. The ending of the teleserye was up and coming during this interview and there will be a big twist in the ending, hopefully we guys will like it.

We had the interview at Castle Peak Hotel in Mabolo during the press con. The interview super enjoyable since all the cast were game, most especially Gerald Anderson where he even stood up to act a dare. Haha.

Don’t worry, you’ll be able to watch the interview in MagTV Na. =] 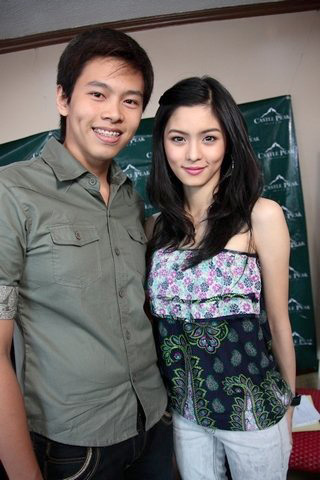 The lovely Kim Chiu was adorable as usual. A fellow Cebuana and even the classmate of my younger brother before she went inside the house of kuya in Pinoy Big Brother. 😀

The interview will air this October 11, 2009 Sunday in MagTV Na at 10:45am. Check it out guys. I’m sure you’ll enjoy it! The clips include the mall show in SM City Cebu where the place was jam packed. I had a hard time going home because of all the people in SM during that day. Haha. Enjoy it guys! 😀